Ways to Avoid a Bicycle Accident In Milwaukee 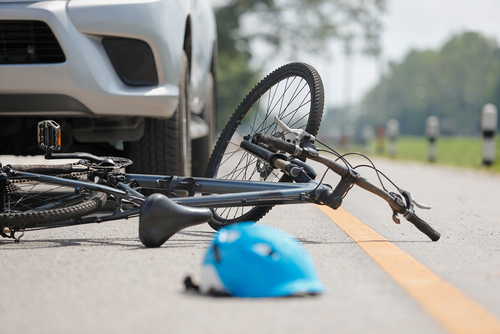 In the state of Milwaukee, traveling by bicycle is a great option. It is good for the environment, helps you to save money and can greatly benefit your physical fitness and health in general. However, at the same time, there are certain risks to riding your bicycle on the road.

Every year, cyclists are involved in serious accidents with other vehicles that can leave them with devastating injuries. Although it’s impossible to avoid all accidents, you can minimize your risk of bicycle accidents.

Milwaukee law considers bicycles to be vehicles on roadways, just like cars and trucks. People in other vehicles are required to treat bicycles in the same manner as any other vehicle. Cyclists are also required to follow the rules of the road.

In many instances, cyclists fail to follow the rules of the road and sometimes are not even aware that they are required to do so. The following are laws related to riding bicycles in Milwaukee:

Obviously, a bicycle accident can still occur even if you follow all of the rules of the road. In addition, even if a cyclist doesn’t adhere to all of them and is ultimately injured in a bicycle accident, that doesn’t mean they won’t have a legitimate personal injury claim.

For instance, if you were on a bicycle and didn’t follow all of the rules of the road and were struck by a car whose driver was speeding, you might be found 50 percent responsible for the accident. This is known as shared fault.

In a personal injury case in this situation, the jury or judge would award the injured cyclist 50 percent of the compensation they were seeking. If the individual was seeking $10,000 in compensation but was found to be 50 percent at fault for the accident, they would be awarded $5,000 instead.

How to Avoid Bicycle Accidents

There are additional rules that apply to bicycle usage on Milwaukee roadways. These are suggested to prevent accidents.

If you have been injured in a bicycle accident, you may want to file a personal injury claim to be compensated for your medical bills and damages. Get in touch with an experienced Milwaukee bicycle accident attorney at your earliest convenience.