Wearing your seat belt every time you enter a vehicle is one of the easiest choices you can make. Regardless if you are entering an automobile as a passenger or driver, deciding to buckle up is the smartest choice as it lowers the risk of injuries.

According to the CDC, seat belt use reduces the risk of death by 45%, and 50% of serious injury for drivers and front-seat passengers.  Seat belt usage prevents passengers from being ejected during a crash, so those who do not wear one in an automobile are 30 times more likely to eject. 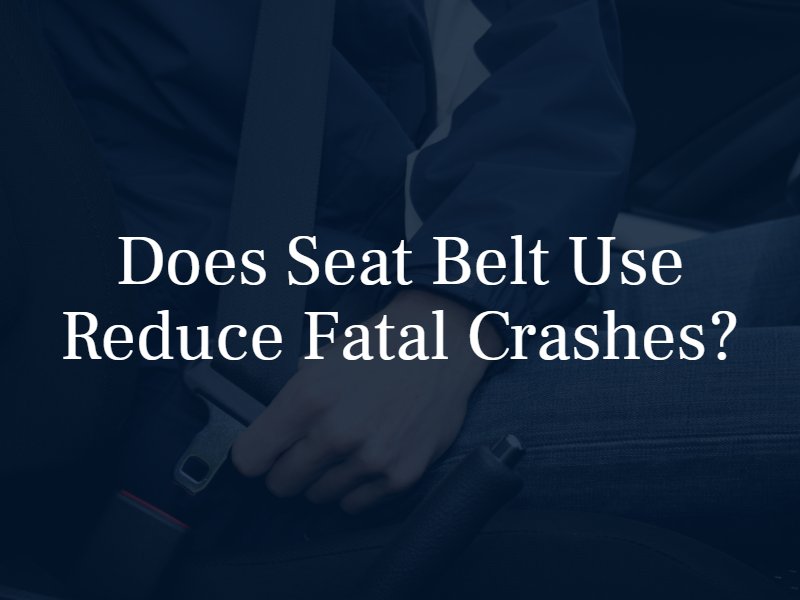 Seat belt laws change rapidly and depend on which state you reside in. The interactive map shows which seat belt laws (primary, secondary, or neither) each state currently follows. If you live in a state that follows a Primary enforcement law, this allows police officers to pull you over and give a ticket for strictly not wearing a seat belt. On the other hand, Secondary enforcement law only allows police officers to pull you over for a separate traffic violation (speeding, broken headlight, etc) and then ticket you for also not wearing a seatbelt.

Primary vs. the Secondary Law States

New Hampshire is the only current state without a seat belt use law.

The data table above looks at each state’s seat belt use rate from 2017, its 2018’s fatal crash rate, their seat belt laws, and where the law applies in the vehicle (front seats or backseats).

So, does seatbelt use directly affect fatal crashes? The answer seems to be a resounding yes.

The action of wearing your seat belt every time you enter a car is effortless. That is why it is wise to do so, regardless if it is not legally required. Here are a few safety benefits of wearing a seat belt:

Our Milwaukee, WI personal injury attorneys strongly encourage you all to always prioritize your safety on the road. Minimize the risk of being injured, and buckle up.