One of the safest and easiest choices American drivers can make when getting inside their cars is to wear their seat belts.  A simple act of buckling up could be life-saving and could prevent you from being severely injured in a car accident. Based on NHTSA data, seat belts saved an estimated 14,955 lives in 2017. 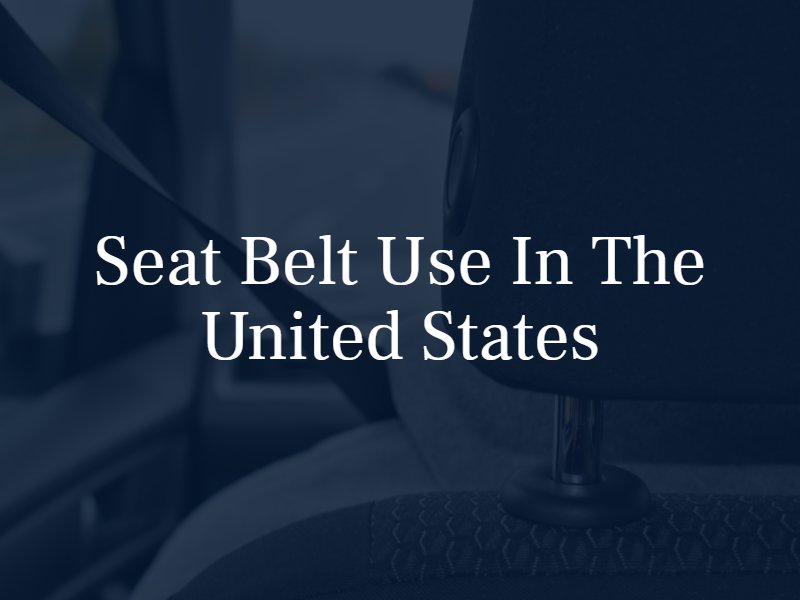 Seat belts are safety features designed to help save lives when people are on the road. However, despite advanced restraint systems and stricter laws on seat belt usage, people still fail to wear them and put themselves at risk. Our personal injury lawyers at Cannon & Dunphy S.C. are advocates of road safety aiming to promote the importance of seat belt use in the United States. We wanted to find out the seat belt use rates in the U.S. to see which states are increasing their usage, and which states are not. So, we worked with the data visualization and consumer safety advocacy firm, Safer America, to analyze NHTSA seat belt use rates from 2017.

The interactive map shows that most of the states’ seat belt use rate varied in the 80-90 percentile. It was discovered that the 2017 national average rate on seat belt use was 89.7%.

The five states with the highest seat belt use in 2017 are:

These 5 states ranked above the national average.

The five states with the lowest seat belt use in 2017 are:

These five states ranked below the national average.

As seen from the 2010 to 2017 data table, some state rates remained consistent, while others saw signifiant inclines and declines throughout the seven years. The last column of the table shows the rate in change per state specifically from 2016 to 2017.

Overall, 23 states achieved a seat belt use rate of 90% or higher. States with stronger seat belt enforcement laws tend to generally have higher rates of seat belt usage than the states with less strict laws. New Hampshire is the current only state that has no enforceable seat belt laws in a vehicle, which is why it’s no surprise it ranks the lowest in the 2017 national U.S. seat belt rates.

It’s important that you are always wearing your seat belt correctly. Here are a few seat belt guidelines to follow:

Safety Benefits of Seat Belt Use

Whether or not you are required by law to wear a seat belt, it is always wise to do so. A few benefits from wearing a seat belt are:

As personal injury lawyers and advocates of road safety, we strongly encourage you all to always prioritize your safety on the road. So, minimize the risk of being injured, and buckle up.