Brookfield, WI WW/Press/June 7, 2019 – Patrick O. Dunphy Co-Founder of Cannon & Dunphy S.C. was selected for inclusion into the Top Attorneys of North America 2019-2020 edition of The Who’s Who Directories.

The accomplishments attained by Mr. Patrick O. Dunphy in the field of Legal Services warrants inclusion into the Top Attorneys of North America. 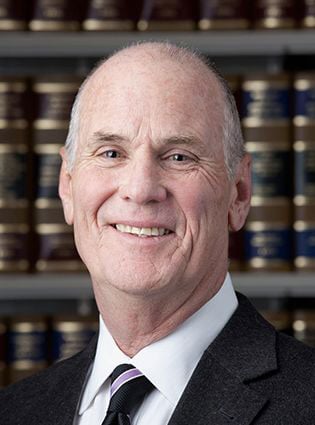 Cannon & Dunphy S.C., is a Wisconsin personal injury law firm, has been representing people who have been wrongly injured since 1985. Over the past 30 plus years, they have helped clients with all types of injury cases in Milwaukee and throughout the state of Wisconsin. If you were injured as the result of a negligence, the firm will pursue the maximum compensation you deserve. At Cannon & Dunphy the lawyers have extensive courtroom experience and they have successfully recovered over a billion in settlements for their clients.

Patrick O. Dunphy co-founder of Cannon & Dunphy  S.C., has more than 40 years of trial experience. He has devoted his practice to personal injury cases, helping people who have been injured due to someone else’s neglect. Attorney Dunphy has record setting verdicts and awards ranging from $9.8 million to $35.3 million.

He has pursued cases against law enforcement and jailers that resulted in some of the largest settlements in Wisconsin for violations of individuals’ constitutional rights. A number of those cases have resulted in changes to Wisconsin law mandating transfer of a prisoner’s medications along with the transfer of the prisoner, and legislation requiring an independent law enforcement agency review officer involved shootings.

Attorney Dunphy represented a young woman who was the victim of a health systems failure to diagnose her cervical cancer. The system had contracted its pap smear interpretations to an independent contractor, cytotechnologist. Attorney Dunphy uncovered billings that proved the cytotechnologist was reading more than 4 times the recommended maximum number of smears per year. The case was covered nationally, reported by 20-20, the New York Times and national magazines. Because of Attorney Dunphy’s work, more than 200 women’s pap smears were re-read and misdiagnoses were caught in time.

Attorney Dunphy is Past President of the Wisconsin Academy of Trial Lawyers (now the Wisconsin Association for Justice), a statewide organization of plaintiff’s trial attorneys. In 2015 WAJ awarded Attorney Dunphy its President’s Award for outstanding trial work. He is an invited member of the Inner Circle of Advocates, a national organization of plaintiffs’ attorneys, limited to 100 of the best plaintiffs’ attorneys in the United States.

In addition to his legal work, Attorney Dunphy has been active in his community. He served as Board Chair of Marquette University High School and Chairman of its Capital Campaign. He has been involved in fund raising for the Hunger Task Force and is Board Chair of the Guest House, homeless shelter and clinic.

The Top Attorneys of North America, a New York based publication, distinguishes and profiles leading attorneys who have reached a recognizable degree of success and leadership in their field. The directory is valued for promoting awareness of the accomplishments within the North American legal community.