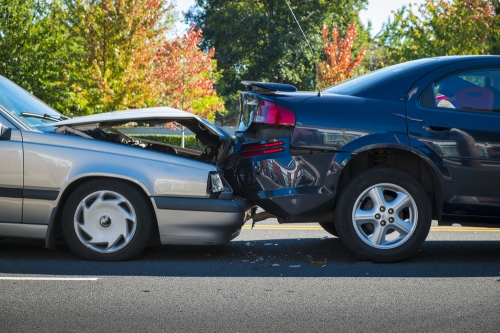 When people think of others driving while impaired, they may think of drinking and driving. While alcohol is the more common form of impairment for drivers, there are countless drivers who operate their vehicle under the influence drugs. Drinking and driving is often times the more publicized situation, but drugged driving does occur more often than many might realize.

According to the United States Department of Transportation National Highway Traffic Safety Administration[1], there are roughly 4,000 driver deaths each year involving a driver who tested positive for drugs. This number only accounts for those tested and does not include others where not tested, or those who were killed by the drugged driver. Of the total number of fatally injured drivers, 17% had both drugs and alcohol in their system at the time of the collision. In 2009, drugs were reported in 33% of all drivers with known results.

It is important to know what kinds of drugs are responsible for these types of crashes. In roughly 7% of the fatal crashes, the drivers tested positive for THC, which is the main ingredient in marijuana. In 2013, there were 9.9 million drivers reported to be under the influence of an illicit drug. Illegal drugs are not the only culprit, however. Over-the-counter and prescription medications are often present in crashes because they cause fatigue. On weekdays, 10.3% of drivers test positive for prescription or OTC medications, and 7.3% on weekends.

Impaired driving is extremely dangerous because it compromises focus and reaction time and greatly increases the chance that the driver will lose control of their vehicle. When the victim is struck, they can sustain serious injuries as a result of the collision. It is important for these individuals to recognize their legal rights and how to protect themselves. Victims — or in instances of death, the victim’s family — may be able to file a lawsuit against the negligent party to seek financial compensation for the damages they suffered as a result of the accident.

To protect these rights, you need legal counsel who understands the situation you are facing and has the tenacity to put your needs at the top of the priority list.

This is exactly what you will find with our Wisconsin auto accident attorneys at Cannon & Dunphy S.C. Since 1985, our team has been dedicated to putting our clients’ needs first while taking on all types of personal injury cases, no matter how big or small. We have achieved favorable results for victims in impaired accident cases and we know what it takes to put together a strong case strategy to help our clients reach their goals.

You have rights – let us protect them.Call our firm to discuss your potential case.