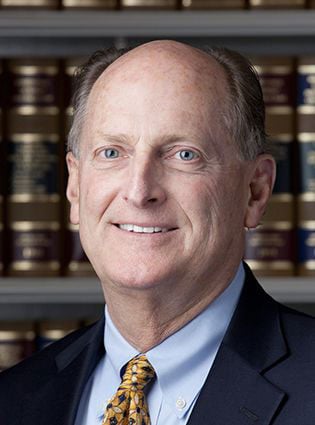 Attorney William M. Cannon is a member of one of Wisconsin’s best-known and most prominent legal families extending over four generations of personal injury lawyers, beginning with his grandfather’s admission to the Wisconsin Bar. This four-generation legal family has practiced continuously in Milwaukee and other communities throughout Wisconsin for over 100 years. Mr. Cannon has won more $10 million paid verdicts and settlements for his clients than any other lawyer in Wisconsin. His cases have been featured on the CBS program “60 Minutes” and the “ABC Evening National News”. He has continuously been listed in The Best Lawyers in America for Over 25 consecutive years. 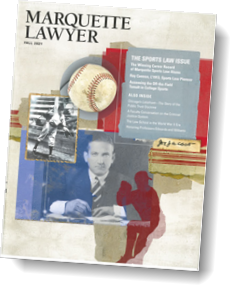 Raymond J. Cannon. (Grandfather) Admitted to Wisconsin Bar, 1914. Partner in Milwaukee law firm of Cannon & Waldron. U.S. Congressman, Milwaukee (4th District) 1933-39. He was the most famous trial lawyer of his generation. Some of his famous clients were World Heavyweight Boxing Champion Jack Dempsey, Shoeless Joe Jackson (Chicago Black Sox Scandal) and Wallis Simpson. Between 1914-1921, he successfully tried and won over 100 consecutive jury trials, resulting in a banquet hosted by the Milwaukee Bar Association honoring him for this achievement. The Federal Defender Services of Wisconsin has named an award after him in memory of his trial accomplishments, “The Ray Cannon Justice Award”.  Read about Raymond J. Cannon History (PDF Download).

Kelly Gildea Cannon (great-granddaughter of Raymond J. Cannon and daughter of William M. Cannon) is a graduate of Loyola University Chicago School of Law (J. D.) in Chicago, Illinois. She is licensed to practice law in Illinois and New York. She has received her Masters of Law (LLM) in International Dispute Resolution at Kings College in London, England. She has also received her Masters in Journalism from Northwestern University, Medill School of Journalism.

Conor Michael Cannon (great-grandson of Raymond J. Cannon and son of William M. Cannon) is a graduate of the University of Wisconsin Law School (J.D.) in Madison, Wisconsin.  He is licensed to practice law in Wisconsin and Illinois.