With the legalization of marijuana in Colorado and Washington State for recreational use, and medical marijuana allowed in a number of other states, drugged driving has become an increasingly prevalent issue on America’s roadways. Marijuana is not legal in Wisconsin for medical or recreational use, but people continue to purchase and use it as well as various other controlled substances: heroin, ecstasy, cocaine, meth, etc. There were nearly 16,000 arrests for marijuana possession in Wisconsin in 2010 alone. 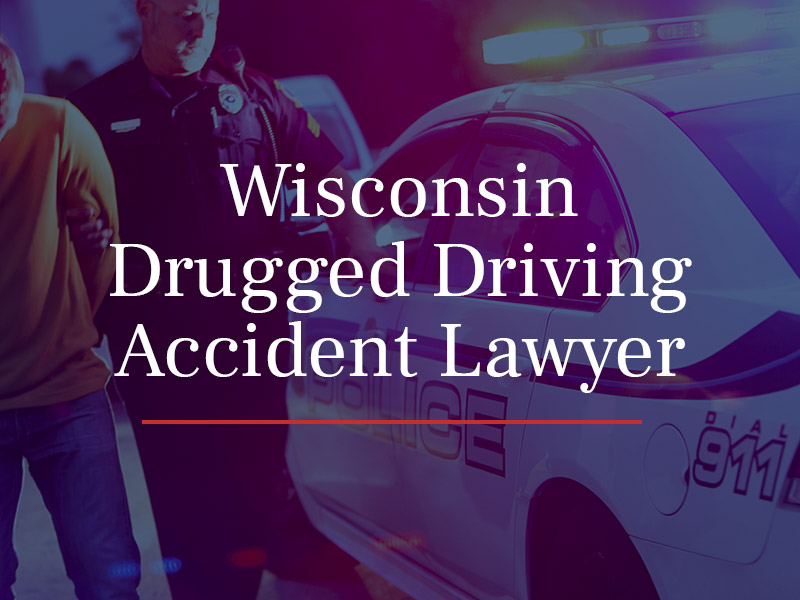 Driving “under the influence” of a drug, whether a prescription drug, illegal narcotic or even over-the-counter medicine, is illegal under Wisconsin law. A driver may face criminal charges for operating a motor vehicle while his or her abilities are impaired by any controlled substance. It is illegal because of the serious danger it poses to everyone on the road. Like drunk driving, drugged driving increases the chances of an accident that could cause injury or death.

At Cannon & Dunphy S.C. we are committed to representing clients who have been injured by drugged drivers. If you were involved in a car accident and believe that the other driver was under the influence of a drug at the time of the collision, call our offices. If the other driver caused your accident, you may have valid grounds to pursue compensation from him or her for your medical care, lost earnings, damage to your vehicle and possibly much more. A Milwaukee car accident attorney at our firm can review the circumstances surrounding your accident to determine whether you have a case and how best to proceed.

Why is Driving Under the Influence So Dangerous?

Drugs like marijuana, methamphetamines, prescription medication and even some over-the-counter medicines can impact a driver’s ability to safely operate a motor vehicle. They may cause delays in reaction time and may impair judgment, motor skills and vision. Some drugs can cause severe drowsiness or even hallucinations. Imagine trying to drive while almost falling asleep at the wheel or seeing things that are not there. It’s a scary and dangerous thought.

When drugged drivers take to the road, they place themselves and anyone in the area at risk. They are more likely to cause accidents by veering out of their lanes, driving too slowly, speeding, running red lights or committing other traffic violations. They are also more likely to crash because they may be unable to respond to hazards, like objects in the road, or may be late in reacting to changes in traffic. The possible scenarios that could lead to a collision are numerous.

Injured by a drugged driver? Call an attorney.

If you were involved in an accident with a drugged driver, you will need to prove that the driver caused the accident in order to recover compensation. This is where an attorney at our firm can offer a considerable amount of help. We have the resources to investigate auto accidents so we can determine cause and fault. Our team can then build a case against the driver or other at-fault party to help our client recover maximum compensation.

Your future may seem uncertain in the aftermath of a serious auto accident. Rather than succumb to financial difficulties and emotional trauma, take a proactive approach with a Wisconsin auto accident lawyer to protect your interests. Our firm is committed to getting drugged drivers off our roads, and we accomplish this by holding them accountable for their conduct, increasing awareness of driving under the influence of drugs and helping victims seek justice.