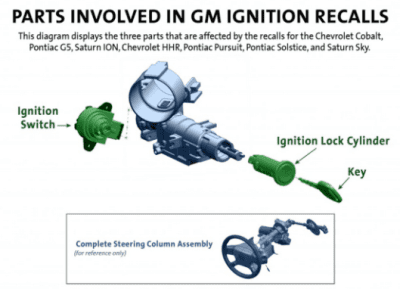 Beginning on February 7, 2014, The General Motors Company issued a massive recall involving defective ignition switches that affect approximately 29 million GM vehicles that were made as early as 2003. Through no fault of their own, drivers of these vehicles may experience sudden power loss while driving, including loss of antilock brakes and perhaps most significantly loss of airbags. This can result in serious automobile collisions.

The affected GM vehicles presently include:

If you or a loved one has been involved in an accident with one of these affected vehicles, call Cannon & Dunphy S.C. immediately. To make sure that you are protected, it is very important that you contact Cannon & Dunphy today so that our team of skilled lawyers can help you recover compensation before it is too late.

To learn more about your rights and how our award-winning personal injury lawyers can help,contact our firm or fill out a free case evaluation form.