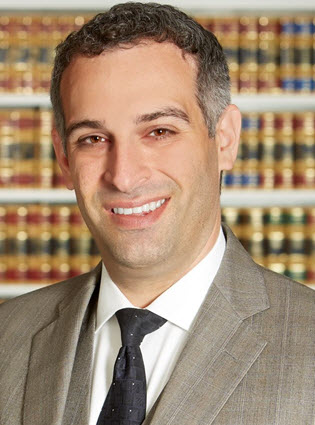 Michael Cerjak handles a variety of personal injury, civil rights, and commercial litigation matters, but specializes in representing individuals seriously harmed as the result of substandard medical care. Motivated by injustice and a sense of fair play, he seeks accountability on behalf of those who have been hurt or killed by carelessness, errors, or systemic deficits in nursing homes, prisons, hospitals, and long-term care facilities.

Before devoting his practice to representing individuals and families, Mr. Cerjak, our Milwaukee personal injury lawyer, spent years representing large institutions—insurers, businesses, and governmental entities—in commercial litigation, insurance coverage, civil rights, and personal injury cases. Having extensively defended complex cases, he is able to anticipate how the defense will approach a case, and his clients benefit from the unique perspective and reliable insight he offers in evaluating claims, negotiating settlements, and presenting cases at trial.

Over the years, Mr. Cerjak has obtained considerable experience. He has successfully obtained favorable verdicts in dozens of cases and has appeared in and argued appeals in front of the Wisconsin Supreme Court, the United States Court of Appeals for the Seventh Circuit, and the Wisconsin Court of Appeals. In 2015, he participated in the 43rd Annual International Association of Defense Counsel Trial Academy at Stanford University, where he earned praise from some of the top accident lawyers in the nation for an “innate ability to communicate with jurors,” “impressive skills,” and “solid experience.” Since joining the plaintiffs’ bar, he was nominated for and selected to serve on the Wisconsin Association of Justice’s Amicus Committee. This committee is comprised of highly trained trial attorneys working to present and highlight arguments before the Wisconsin Supreme Court and Court of Appeals in notable cases. In addition to his professional experience, Mr. Cerjak has advised students at Marquette University Law School for many years in how to prepare for and present appellate arguments at notable moot court competitions throughout the country.

Mr. Cerjak is listed in Best Lawyers in America for his work in Personal Injury Litigation – Plaintiffs, he has been recognized by Super Lawyers as a Rising Star every year since 2012, and Milwaukee Magazine has named him as a Leading Lawyer in Insurance Law. Avvo rates him as “Superb.”

“My case settled 11/2019. I can’t say enough good things about Michael Cerjak. He far exceeds a 10 in every area. He is smart, conscientious, honest and attentive. He always had my best interest in mind. He explained things so I understood even if it meant going over something several times. I was very satisfied with the outcome of my case. Probably one of the most amazing things to me was he always treated me as though I was his only client. You are lucky to have him in your firm. If I need legal representation in the future, I will ask for Michael to represent me again. I will also recommend him to others. Thank you to all who are a part of Cannon + Dunphy.” – Jackie M. (January, 2020)

Best experience! After my car accident I wasn’t sure who to trust and which firm should represent me. It seems like every other commercial on TV is a law firm and the TV ads make it more confusing. After interviewing several firms there was only one choice for me and that was Cannon and Dunphy. Other firms had red flags to me after I interviewed them, in fact one of the firms sent me a contract to sign before they would even talk to me (that is just wrong). Cannon and Dunphy would never take advantage of you like other firms. Michael Cerjak was assigned my case. He was professional and amazing. He took a personal interest and dug into every medical record going back years. He was inquisitive, thorough and always cared about me personally. Michael went above and beyond and left no rocks unturned. I was impressed with his work ethic (numerous of hours) and his communication skills. You will not be disappointed with Michael or anyone at Cannon and Dunphy. They truly care about YOU! Thanks again for everything you did for me. You are the best and if I ever have to do a referral I will send them your way.  Thanks.”  – Jane G. (February, 2020)